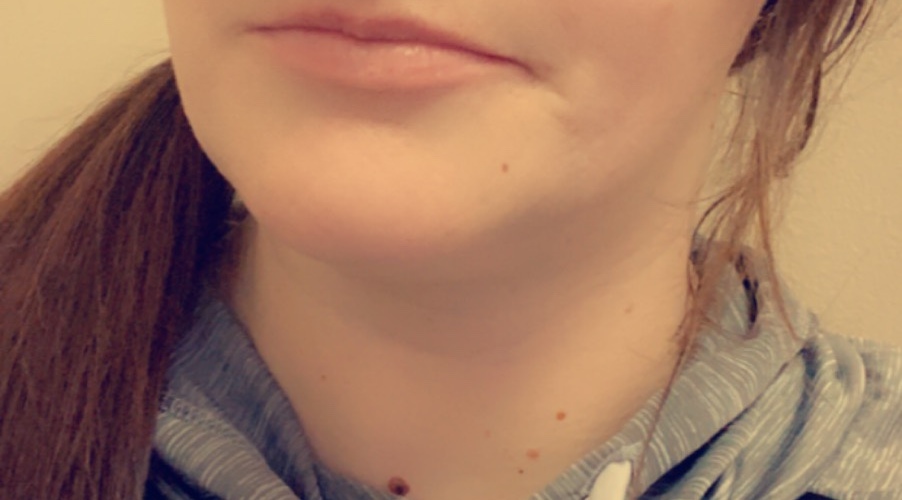 It all began in high school. The first time I used anything besides smoke weed, was cocaine. I remember that day vividly. My best friend at the time had gotten it from another friend, and asked if I’d want to try it with her. At the time, I didn’t know anything about what I was about to try, and didn’t really care. Within a few months, I was meeting friends in the bathroom at our high school, to get high. Cocaine, painkillers, mushrooms, acid, wet, ecstasy, whatever I could get my hands on went into my body. Then, when partying with friends I broke my ankle in two places and ended up with a few prescriptions for the painkillers I already loved so much.

2006, the year I would have graduated high school, which instead turned into my first marriage. My boyfriend at that time decided he wanted to join the Marine Corp. and although I was bitter for a while, I ended up fully embracing the “military spouse lifestyle.

Growing up I had always had mental health issues. But moving away from everyone and everything I had ever known didn’t help things. I became more and more reliant on my husband for my happiness. I was convinced that without him I was incapable of love. Because I couldn’t yet find love for myself, I knew I didn’t love him but married him for the sheer fact of being scared of being alone.

During our time in North Carolina, I drank alcohol every day, but it hadn’t really started to affect anything besides my mental health.

Once he was done with the military about 3 years later, we moved back to PA. I began working at a diner and taking Percocet daily. This was the beginning of my serious addiction. I continued convincing myself I was a better person- more social, more ‘normal’ with the pills. Without them I felt inadequate.

Eventually, I left this job for another at the university I was attending at the time. This was the beginning of one of the darkest days of my addiction. Firstly, my husband and I were not on good terms as our marriage was concerned, that soon just turned into a get high partner. Anyway, I ended up falling in love with someone else, someone I knew I couldn’t really be with. For me, this feeling of being unwanted was huge. I was in pursuit of a fantasy life, with someone who was completely uninterested and not serving to me. All of the signs should have led me away, instead of to this man.

Soon after this, in December of 2013, with no real place to stay I found out I was pregnant with my daughter Charlotte.

I was still using heavily, instead it was now oxycodone 30mg, stronger than the Percocet. I was living in and out of the library at the university. I felt so alone, I hated so many things and people. I was stuck in my own negativity when all I really craved was a normal life.

Fast forward to Charlottes birth, besides being in full withdrawal for days. It was not the first birth story most would imagine. Instead it was horrible and I also had a man who was equally as toxic trying to help me through. My mental health and addiction were at an all time high. I’d love to say this was the point where I went for help to get clean. However, that wouldn’t come for years, instead it got worse.

You can judge me for using pregnant with my child. I judged myself harshly for years. It wasn’t until I accepted it as my past that I could move on. So any

I was more concerned with getting high then taking care of my newborn baby. Looking back I have no idea how I could have possibly sustained this lifestyle- but we did for a good while (years) before it turned from bad to worse.

After my husbands step fathers death, their newly opened family business was going under. So we went from having money at least every two weeks, to stealing copper to support our habit. Our apartment was a mess, along with our lives, and my daughter unfortunately was witnessing this.

My husband at the time, eventually got arrested and went to jail for the robberies. So I moved back with my parents.

Now they could obviously see there was something seriously wrong, but I continued on convincing them that it was simply my mental health for as long as I possibly could. I finally had to tell them, went to rehab and the local mental hospital multiple times.

During one of these rehab stints, my parents had asked me to sign custody of my daughter to them. It was emotional, but I willingly gave it to them. Not knowing when, or if I’d ever be able to recover, I knew that they would be able to provide what I couldn’t. I’m still thankful for that to this day. Otherwise, she would have been dragged along through the worst part of my addiction, and wouldn’t be the amazing girl she is today.

So now, I felt that I no longer needed by Charlotte, and this is where my addiction got really bad.

I’d get out of rehab for 30+ days just to go back out and use the second I stepped out of the building. I didn’t want to recover or even know how to at this point. They continuously tell you that going to meetings, helping others, telling your story, changing people, places, and things- this is what will keep you clean and sober. But, they left out the most important part- you have to WANT it for YOURSELF. Without that key factor, you will continue to go out and get high like you’ve always done.

During most of these rehabs I thought- I’m not like these people, constantly comparing. I’m not as bad as her because x,y,z or I’d never do that so I’m good. instead of realizing how much all addicts behaviors are so similar, I chose to separate myself because I wasn’t as bad as these addicts.

After my first rehab, I ended up getting the psychiatrist to prescribe me a benzodiazepine, so I left with a new habit. And only one “recovery house“ willing to take me was on Longshore, known as the drug alley in the Tacony area of Philadelphia. As well as a short bus ride away from Kensington.

This started one of the worst runs I’ve ever had. I was literally living on the streets. Hanging around getting high with god knows who, getting in cars with random men, shooting up with whatever liquid we could find, including puddle water and Red Bull. When you’re dope sick, you only can think of how not to be sick anymore and you don’t care how.

Soon after, my PO found out that I was using, shooting heroin, cocaine and benzos were in my system when I met her. So she decided to lock me up. I was in jail for about 6 months on my first violation. Unfortunately, this made me just want to get high even more. But now I knew how to stay out of jail- rehab.

I really hadn’t had more than my time in rehab as clean time, on the street I had none. I didn’t remember what life was like before drugs, because I honestly couldn’t remember it. So my mental health and state at that time was far gone- hopeless, helpless, and really didn’t care if I lived or died at that point. The same day, lived over and over it felt like a never ending cycle, that I was incapable of changing. So it continued in this way for a while.

One day I heard someone say “if you want it for yourself, you’ll find a way”. I think I was just sick and tired of feeling this way- mentally and physically exhausted. I had no real drive to live, nothing good in my life. Until I set about changing it. I guess my perspective had changed, a glimmer of hope.

So finally, I got into the last rehab to date- Kirkbride in Philadelphia, I finally decided I needed their long term trauma program for women. After 6 months, I also decided I’d go to Libertae which is a program for women (halfway house) paid for by insurance. I did well for the 3 months I was there, until I got kicked out.

I used it as an excuse to use, no where to go etc. until I decided that I’d go to a recovery home in Philadelphia, the only place that has methadone houses. But I still had a few days where I had gotten high, so I was basically going to be stuck in that house for a good while.

One day of my way to the clinic I ran into my now fiancée Brian on septa, and the rest is history. I don’t like to count time, but it has been a few years now.

I live with Brian and our son. My life has so much meaning today, it always did I just didn’t take the time to see it. I have relationships- with my man, friends, family.

Once I made the decision to leave the past in the past and really wanted to recover- I was able to recover.